On Monday, October 29, 2018, the Valdai Discussion Club hosted an expert discussion, titled “The Future of NATO and Russia’s Interests”, with the participation of Alexander Grushko, Deputy Minister of Foreign Affairs of the Russian Federation, and Andrei Kelin, Director of the Department of European Cooperation, Ministry of Foreign Affairs of the Russian Federation. A new Valdai Club report, titled “The Future of NATO: Trade-Offs and Possible Scenarios,” was presented during the event. The report was prepared by Igor Istomin and Irina Bolgova, associate professors at the Department of Applied Analysis of MGIMO University.

Recently, tensions between Russia and NATO have been aggravated by various factors. For example, the issue of Ukraine and Georgia membership in the alliance poses a threat to Russia's security. Therefore, according to the moderator Andrei Sushentsov, Programme director of the Valdai Discussion Club, the area of interests of Russia includes both the European security problems and the assessment of potential threats, avoiding, if necessary, excessive alarmism. At the same time, we are witnessing an intensification of contradictions inside NATO itself. Therefore, different NATO countries should also be approached differently, as was confirmed, for example, by the recent cooling of relations and the subsequent rapprochement between Russia and Turkey.

The central point of the report is that NATO is actually not a single institution and contains three organizations in one: it is a traditional military-political bloc, a security organization and a community of values, which in theory should unite the Western countries. All this, on the one hand, is the key to the longevity of the alliance, and on the other, it generates quarrels regarding priorities at particular periods of time. One of the main reasons for the current NATO crisis is that the United States always played the leading role in the alliance, whose tasks, especially after Donald Trump came to power, do not always correspond to the interests of their allies in Europe. So, the USA wants to contain China, while Europe expects something unkind from Russia; Europeans are used to exploit the US security guarantees, but at the same time they want to play their own game and be independent.

Future of NATO and Russia's Interests. Expert Discussion
More about the event
The Future of NATO: Trade-Offs and Possible Scenarios
Igor Istomin, Irina Bolgova
Ever since the Alliance was formed, its image has been subject to many distortions and contradictions. Some of these myths originate from NATO itself as it claimed to deliver security and stability not only to its members but also globally. In reality though, it is above all an instrument for furthering various and sometimes competing interests of its participants in military and political domains.
Report_The Future of NATO
pdf 2.4 MB

Throughout the existence of the North Atlantic Treaty Organization its image is associated with many distortions and contradictions. The source of myth-making is partly the Alliance itself, seeking to position itself as a provider of international security and stability. In fact, it is first of all an instrument for realization of the member states interests in the military-political sphere.

Andrei Kelin, Director of the Department of European Cooperation at the Ministry of Foreign Affairs of the Russian Federation, said that from time to time Europe tries to show to the United States its independence. In this sense, he mentioned three areas: first, to conduct its own military operations outside the alliance’s area of responsibility; second, a partial refusal to purchase weapons from America, and finally – the “military Schengen”, facilitating the movement of military equipment through the territories of the EU countries.

The views of Deputy Foreign Minister Alexander Grushko were even less optimistic. “Today we can say that our relations with this organization are completely abnormal,” he stressed. – If we talk about the state of European security, it is determined by the relationship between the two main military and political factors affecting it, namely NATO and Russia. NATO’s first blow to Europe’s architecture was launched when the enlargement process began — absolutely unnecessary both in terms of the European security strengthening and in terms of the security of those states that entered the alliance. What NATO does on the eastern flank can be described as the build-up of military capabilities in the direction of Russia, and if we speak in military language – we are talking about some military preparations. This is very alarming, as we are forced to respond to it both politically and militarily. Thus, the development launched by the alliance is fraught not only with the establishment of the Cold War political-military climate, but also with an arms race.”

According to the diplomat, NATO is returning to the paradigm of deterrence against Russia and is building up its military potential. He cited some facts and figures: the total spending in this area is $1 trillion – 51% of the world total; after the planned expenses increase, their amount will be 10 times higher than the expenses of Russia. Large-scale military exercises are underway right now, and arms reduction treaties and reductions of nuclear infrastructure are virtually destroyed. However, there is still some hope: “Of course, the fundamental difference from the situation of the Cold War is that at present the communication channels are open. This allows us to discuss issues related to the implementation of military activities, find ways of de-escalation, and work to prevent dangerous military incidents.”

New Cold War: NATO Washes the Car
Anatol Lieven
Why the current Western hysteria? Of course, as with all national hostilities, this builds to some extent on older foundations: the Cold War, around which western security institutions and western ideological propaganda were organised for two generations, and which created NATO itself; and the much older national hatred for Russia (sometimes of course justified) on the part of Poles, Balts, Jews and some Ukrainians.
Expert Opinions

On October 20, US President Donald Trump announced his country’s intention to withdraw from the 1987 INF Treaty. Igor Istomin said that this step is counterproductive, since it leads to violation of strategic stability. Andrei Kelin agreed with his assessment, noting that the US plans throw the Russian-American relations back to 1979, when the deployment of cruise missiles began in Europe. “Now the Americans are taking another step towards a situation of uncertainty. Arms control is collapsing. The relationship is crumbling. We can enter a serious arms race with unpredictable consequences,” he said. 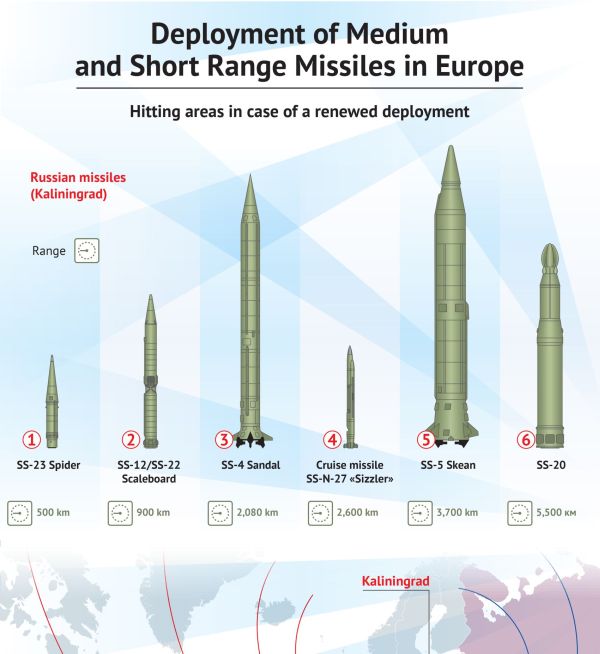 Another question from the audience touched upon the admission of Ukraine and Georgia to NATO, and Kelin’s answer was also disappointing. According to the diplomat, although in NATO there are rules for accepting new countries – in particular, everything should be stable and without conflicts – now they are treated with flexibility. “What will happen if Ukraine and Georgia join NATO?” – he asked. – For us it will be a colossal military and economic problem. We will have to build a defensive line near our third capital, Sochi, and spend enormous resources to prevent possible actions from a potential enemy. The same with Ukraine. ” Although so far the situation does not suggest that this may happen in the near future, the alliance continues to follow the path of confrontation.

The participants en masse agreed that a very difficult situation arose in relations between Russia and NATO. According to Andrei Sushentsov, the parties need to start a responsible dialogue on security issues in Europe. Russia looks at what is happening in Europe with concern and wants to create conditions for stabilization, but so far there is no agreement, except some local issues. “At this stage it seems that the tunnel is very long, the exit from it is not obvious, and no light can be seen,” he concluded.

Related articles
Motives of the Anti-Russian Coalition: Are There Cracks in the Monolith? Follow the link
Times of Great Confusion: On the Concepts by Which We Comprehend the World Follow the link
Dialogue of the Deaf: Prospects for the Transformation of Russian-German Inter-Societal Relations Follow the link