2015
Security and War Studies
Dedicated to researching contemporary trends in the analysis of conflicts – civil, international and hybrid conflicts. The main area of emphasis is the differences between Western and non-Western approaches to such notions as “stability”, “development”, “conflict”, “democracy”, “progress”, and “security”.
Programme director:
Andrey Sushentsov

His key publications include monographs America’s Small Wars, Essays on US Policy in the Regional Conflicts of the 2000s, and the collective monograph Russia and the World in 2020. He is also an editor of the annual forecast International Threats.

He is responsible for the intellectual performance of RIAC, managing its programmes and projects. His personal background at RIAC includes working with Russian and foreign diplomats, governmental officials, experts, businessmen and NGO-leaders regarding Russia’s foreign policy and public diplomacy. Since 2015 he also heads Euro-Atlantic Security programme at the Valdai Discussion Club.

Before joining RIAC, Ivan Timofeev was the Head of Analytical Monitoring Centre and Associate Professor at MGIMO University (2009–2011). He was awarded a doctoral degree in Political Science at MGIMO (2006).
Ivan Timofeev is an author and co-author of more than 70 publications, issued in Russian and foreign academic press. He is a member of editorial board at the Comparative Politics. He was elected as a Professor of the Academy for Military Science (2013). 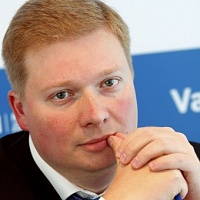 Dmitry Suslov conducts research on various issues of international relations, including US foreign and domestic policy and Russia-US relations, Russian foreign policy, Russia-EU relations. He regularly consults the Russian government institutions and business enterprises on these and other issues. He is also a Senior lecturer at the Faculty of World Economy and International Affairs of the National Research University Higher School of Economics since 2006, as well as Deputy Director for Research at the Council on Foreign and Defense Policy since 2004. Dmitry Suslov has co-authored several books (incl. The U.S. Policy in Asia Pacific (2014), Non-Military Instruments of the Russian Foreign Policy: Regional and Global Mechanisms (2012); Russia: a Strategy for the New World (2011); Russia vs. Europe. Confrontation or Alliance? (2009); Russia and the World. A New Epoch (2008); The World Politics (2008); The World Around Russia: 2017 (2007). At the Higher School of Economics (School of World Economy and International Affairs) he teaches courses on the US Domestic and Foreign Policy, Introduction to International Relations, Global Governance, US-Russia Relations, and Russia-EU Relations.

As a programme director of the Valdai Club Foundation he is сoordinating the expert programme on Global Alternatives; Academic Director of the European Studies Institute at MGIMO University since 2015; Professor at School of World Economics and Global Politics at National Research University Higher School of Economics since 2009.

Programme Director of the Valdai Discussion Club; Academic supervisor of the Center for Comprehensive European and International Studies.

PhD in political sciences, Saint Petersburg State University (1999). The coauthor of more than 200 analytical materials for public authorities of the Russian Federation concerning internal development of the European Union and the Russia-EU relations in 2004–2009. Аnalytical reviews were being prepared by a working group, comprising representatives of Institute of Europe of the Russian Academy of Sciences, Council on Foreign and Defence Policy (CFDF) and the Institute of Strategic Studies and Analysis (ISSA) and headed by Sergey Karaganov.

As a researcher specializes in Russian-European relations, foreign policy of the European Union, public-private relations in Europe, the European and international security. The author of the academic works published in Russia and abroad.
Related articles
Valdai Papers
Kissinger’s Nightmare: How an Inverted US-China-Russia May Be Game-Changer Follow the link
Valdai Papers
Agenda for the EEU Economy Follow the link
collapse