Early in June 2017, the US Senate stepped up its efforts to enact sanctions in order to “counter the aggression by the governments of Iran and Russia.” In just 10 days, the senators reviewed and passed almost unanimously a bill at 98-2, voting against the measure. The bill was aimed at enacting the harshest sanctions since the Cold War, which ended in the early 1990s.

Not only does the bill codify all the sanctions that have been adopted against Russia since 2014, but it introduces new rules of interaction between the executive and legislative branches on matters related to US-Russia relations. Under this piece of legislation, in order to take any initiative either to step up or ease sanctions against Russia, the White House would have to show and prove to US legislators that the proposed initiatives were “not intended to significantly alter United States foreign policy with regard to the Russian Federation.” In other words, the US Senate has de facto appropriated the executive authority to develop and conduct foreign policy regarding Russia, which has always been the exclusive domain of the White House, the National Security Council and the US Department of State.

However, in a matter of days after the bill was adopted by the Senate on June 15, a number of prominent Republican Congressmen stepped forward saying that the bill submitted to the House of Representatives contradicted the US Constitution, since the House was vested with the exclusive right to draft laws related to federal budget revenue. What this meant was that the House politely suggested that the Senate withdraw the bill or replace it with something that would respect the US Constitution, which of course required more time, since it meant drafting a new bill.

However, in his remarks at the House Committee on Foreign Affairs hearing on June 15, US Secretary of State Rex Tillerson asked Congress for more flexibility in order to be able to facilitate compromise between Ukraine and Russia. The initiative by the Treasury Department to update the sanctions list ran counter to the possible change in US policy towards Ukraine, which raises the question of what the Trump administration will be up to ahead of the G20 Summit in Hamburg, Germany, on July 7-8, 2017. 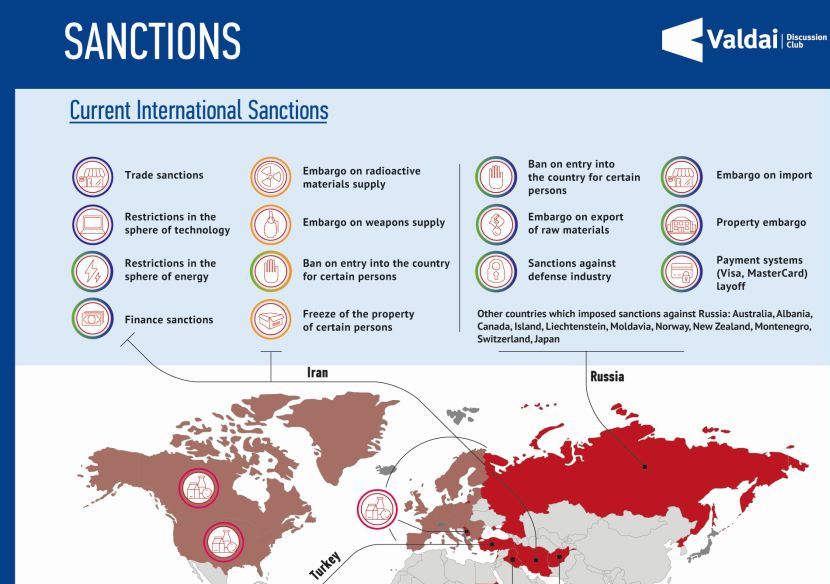 It seems that the scenario of the adoption of the sanctions bill against Russia was entirely conceived within the Trump administration, which manipulated the US Congress as an intermediary as part of its carrot and stick policy towards Russia in the run-up to the possible meeting of the Russian and US presidents on the sidelines of the G20 Summit in Germany. It also appears that this setup was part of the US agenda in the talks aimed at improving relations with Russia. The idea behind these initiatives could be to step up pressure and compel Russia to assist the US in resolving the Iranian and North Korean issues. In this case, if Russia is not willing to compromise and comes up with its own demands, Trump would have the option of washing his hands of this without tarnishing his image of seeking to improve relations with Russia, by shifting the blame to a presumably uncooperative Congress and opposition from the Washington quagmire.

However, if the US is able to secure concessions from Russia and its consent to play by the rules, the adoption of this infamous bill could be delayed indefinitely by various Congress commissions and committees, especially since the Congress will be focusing in the near future on the budget for the 2018 fiscal year, which begins on October 1. Another key topic on the Congressional agenda will be the debt ceiling for federal borrowing, which could put Washington on the verge of a serious political and economic crisis. In this situation, sanctions against Russia will hardly be a priority for Congress or the Trump administration, even though the future of the sanctions will directly depend on the outcome of talks between President of Russia Vladimir Putin and US President Donald Trump.

Vladimir Vasiliev, PhD in Economics, is Chief Research Fellow, Institute for the US and Canadian Studies.

Views expressed are of individual Members and Contributors, rather than the Club's, unless explicitly stated otherwise.
Tags
United States
Donald Trump
sanctions
Print
Send by e-mail
Send by e-mail
Add to blog
Add to blog

Tajik-Russian Interregional Cooperation in a Turbulent World: Features of Integration and Co-Development
The End of Military and Political Stability on the Korean Peninsula