The statement of the Hungarian Prime Minister Viktor Orban on refugees in an interview with the German Bild newspaper, when he called the refugees "Muslim invaders" - does not represent anything new in comparison with his previous speeches, even in Brussels. Properly in confirmation of his statement, two days later an agricultural biplane with immigrants landed on a field in Hungary near the Ukrainian border directly in front of a Hungarian policeman. Eleven illegal migrants (2 Afghans and 9 Vietnamese) crossed the border with the help of a Ukrainian pilot, who may have already made such raids several times. This became an additional confirmation of the Orban's words correctness. It further strengthened the support of the prime minister’s position from the population of Hungary.

In principle, point is not so much in refugees. Actually the nationalist rhetoric, hidden irredentism with a glance into the historical past accompany Orban's "Hungary for the Hungarians" policy from the very first days of his election and cause a lot of headache for the EU. Let’s recall, that in early 2000s much noise in the EU was about the introduction of an ethnic Hungarian identification cards for residents of Hungarian ethnicity in third countries before Hungary's accession to the EU. Later other Central and East European countries began to introduce similar cards. In 2010 Orban adopted amendments to the law on citizenship and began to grant citizenship to ethnic Hungarians in "third" countries. The same year he excluded Islam from the list of traditional religions in the country (so he deprived Muslim communities of the possibility to get from the state 1% of taxes from the parishioners incomes). By the way, later the Muslim community managed to appeal this decision to the Hungarian Parliament, turning to history - the laws of the Austro-Hungarian monarchy on the status of Islam in the empire. Orban organized a referendum on the issue of refugee acceptance quotas. Although the turnout was low, most of the voters voted against the quotas. Therefore, Viktor Orban stated, that he "simply reflected the will of the Hungarian people", refusing to accept refugees, because the large-scale immigration from Muslim countries undermines "the sovereignty and cultural identity of Hungary". 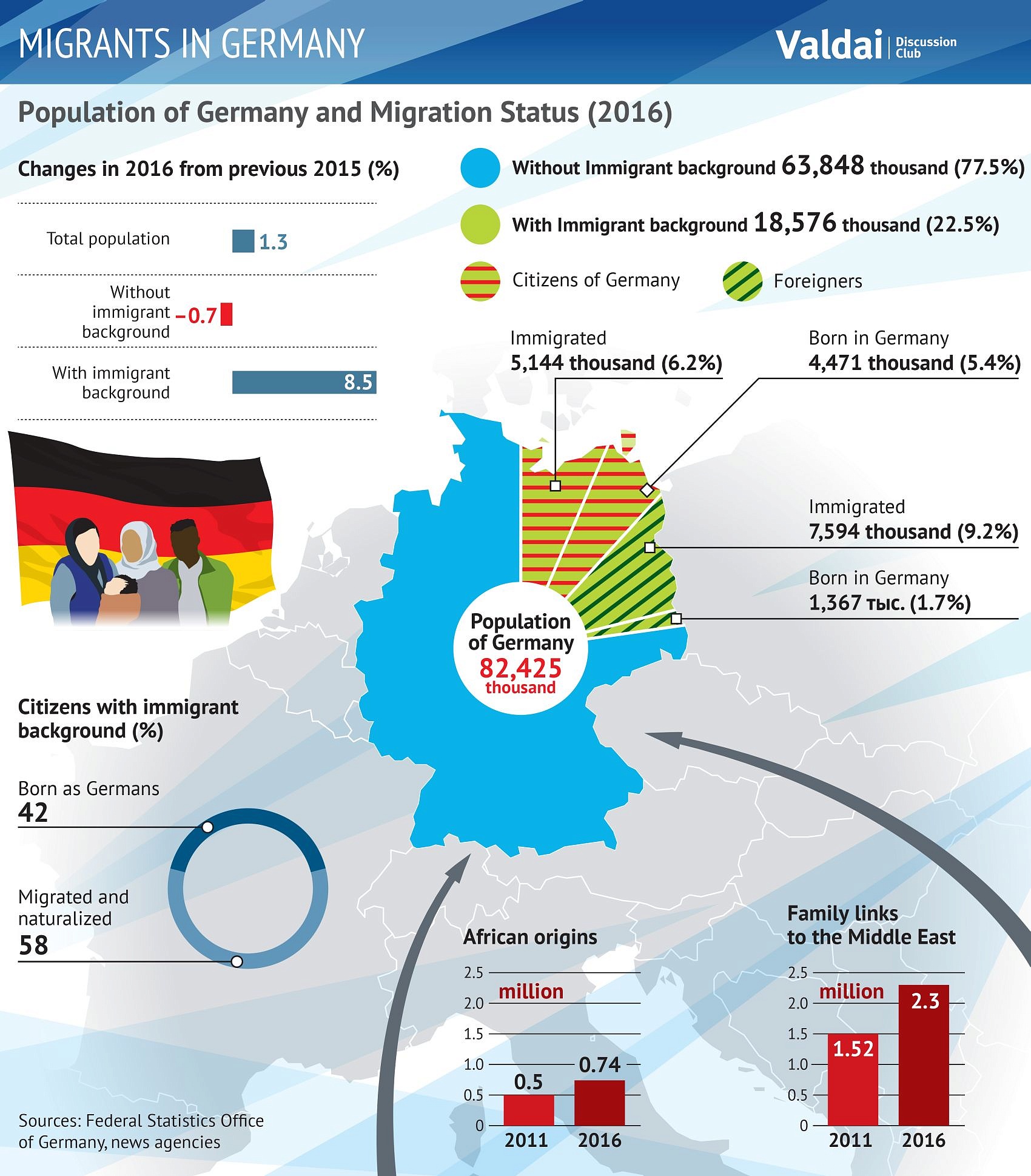 His position on quotas is supported by other countries of Central Europe – the so-called Visegrád Four (Czech Republic, Poland, Slovakia, and Hungary). In all these countries the share of Muslims does not exceed 0.1-0.2%, and the share of migrants from outside - 2.5%. So we can talk about the presence of Islamophobia in absence of the Muslims themselves. Only Hungary from the Visegrád Four experienced the passage of about 180,000 refugees through its territory to Western Europe during several months of 2015.

However, the pressure of Brussels and Germany on the Central and East European countries over the adoption of refugees in accordance with the approved quotas strengthened the politicians of the Visegrad Four in their opposition to the EU institutions and the domination of the German leader in this matter.

In response to Brussels' decisions and demands of "solidarity", the ruling conservative national elites of the Visegrád Four called for "flexible solidarity" that they proposed in Bratislava at the unofficial EU summit on September 16, 2016. But, of course, it did not find support from the Western European countries.

Hungary is legally obliged to accept 1294 migrants, and Poland - 6182 migrants. In December the European Commission announced that it sued both countries together with the Czech Republic, which took only 12 of the nearly 2,700 refugees according to the quota. The threats of Brussels regarding sanctions for the refusal of these countries to accept refugees on the "burden sharing" basis in principle can be attributed to most of the EU countries. Many of them quietly sabotage the decisions of Brussels. Less than a third of the 98,255 refugees were redistributed according to quotas.

The national elites of the Visegrád Four use different narratives regarding the "refugee crisis" in order to obtain symbolic and political capital and to strengthen their power both inside their countries and in the hierarchical structure of the EU. Using fears of terrorism and the "otherness" of asylum seekers, the leaders of these countries jeopardize article 50 of the Lisbon Treaty on general solidarity. The new Austrian chancellor also tends not to support Brussels on this issue.

Viktor Orban noted that focusing on his government, when others did not fulfill their obligations, was an evidence of Brussels’ "double standards". This was increasingly reflected in the statements of the Visegrád Four politicians, especially after the announcement by Chancellor Merkel about possible different development speeds of the EU "core" and its periphery - Central and East European countries.

Views expressed are of individual Members and Contributors, rather than the Club's, unless explicitly stated otherwise.
Tags
Hungary
Viktor Orban
Visegrad Group
Print
Send by e-mail
Send by e-mail
Add to blog
Add to blog

How to Break the Impasse Between Russia and the West
Building Resilience for Peace: Andrey Bystritskiy at 2021 DMZ International Forum on the Peace Economy

The Belt Without a Road: Difficulties With the Transport Component of Russian-Chinese Cooperation in the Far East
War Between Russia and Ukraine: A Basic Scenario?

Wither Capitalism?
The Enlargement of the European Union to the Balkan Countrie: An Opportunity for a Great Plan Between Russia and Europe