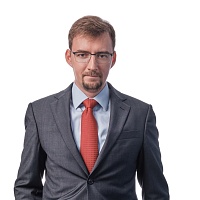 In a short historical period since the end of the Cold War the world has managed to change at least three paradigms of security risks. At the end of the Cold War, the key risk was a possible nuclear conflict. The world community applauded the arms control treaties, believing that the worst was over. For a decade, the factor of competition of the great powers has faded into the background. Attention has shifted to non-state players – terrorists, radicals, pirates, international criminals, etc. In the late 2000s, attention returned to state players again, but on a different plane. Now we are talking about low intensity conflicts directed by big states, cyber threats, interference in internal affairs, financial sanctions and other risks. At first glance, they look milder in comparison with the brutal prospect of a large-scale clash of tank armies in Europe and the exchange of nuclear strikes. However, they are extremely difficult to control, as they cause acute political crises and quickly mutate along with rapidly changing technologies. The good old risks of nuclear and conventional war have taken on a different quality. Paradoxically, by the beginning of the second decade of the 21st century, Russia was perhaps the most prepared state, ready to withstand several types of threats at once. However, how sustainable the control of security risks will be remains the big question. Will Russia be able to maintain momentum? How adequate is the selected model, given a rapidly changing international environment? Another big question is how to determine the psychological characteristics of the new generation. How will the new generation, which was socialised in the 1990s, coordinate itself? How will it be affected by its lack of experience regarding a big “hot” or “cold” war? How important will it consider foreign policy and international risks?

Expert opinions
Expert Opinions
Syria: Is It Possible to Fight Back a Pandemic Amidst a Conflict? ﻿
The impact of the COVID-19 pandemic across the globe is enormous. For countries that have already seen long term conflict and crises, such as Syria, the stakes are very high. With limited capacity to detect, manage and follow-up cases of sickness throughout its territory, the risk of transmission is considerable, writes Philip Spoerri, Head of the International Committee of the Red Cross Delegation in Syria.
Philip Spoerri
Expert Opinions
COVID-19: US Congress vs. China
At first glance, congressional activity is hardly worth exaggerating. The numerous resolutions should be considered not so much as ready-made foreign policy decisions, but in the context of public policy and positioning in the eyes of voters, especially against the backdrop of the upcoming presidential campaign. However, one cant underestimate the efforts of the congressmen.
Ivan Timofeev
Expert Opinions
How Armed Forces Help Fight COVID-19
The military medical aid can also be an instrument of states’ diplomacy, thus adding a new dimension to the wide gamut of activities played by armed forces in support of the COVID-19 fight. This was the case with the humanitarian aid sent by China and Russia to European states.
Carlos Branco
Expert Opinions
Missouri vs. China: Toward a New Crusade?
COVID-19 is becoming a key element in the US-China relations. The United States directly calls China the cause of the novel coronavirus pandemic. A month ago, such accusations seemed like void political rhetoric.
Ivan Timofeev
Expert Opinions
From the Cold War Era to a New Nuclear Weapons Limitation Mechanism
Is it possible to move from the bilateral relations of the Cold War era to the creation of a new, multilateral system for limiting nuclear weapons?
Richard Weitz, Tamara Kolesnikova
Expert Opinions
Trump and the WHO: It Is Worse Than a Crime, It Is a Mistake
The news about the suspension of funding for the World Health Organization (WHO) by the United States has sent shockwaves, both in America and abroad. Accusations targeting the organisation were voiced personally by US President Donald Trump. In his view, the WHO is responsible for the high prevalence of COVID-19. He insists that the organisation had failed to provide adequate information on time, and that when it finally arrived, it was based on official data from China, which, according to the US leader, did not reflect the real situation. The WHO has focused on China, while the United States is its principal benefactor. Judging by Trump’s statements, the White House is waiting for a “reform” of the WHO. The parameters of such reforms were not specified. But apparently, the organisation should pay more attention to the situation in the United States.
Ivan Timofeev
Expert Opinions
Coronavirus in a Globally Connected World, Harnessing the Power of the Media
In this age and in this situation social media rather than government media has become the fabric that keeps us together, voices that tell us what is happening, how to behave, what to expect - the voice of our communities.
Lawrence McDonnell
Expert Opinions
Corona as a Crown of (Neo)Modernism ﻿
The coronavirus has confirmed what the world has been afraid to admit for several years: there are no global responses to global challenges.
Elena Alekseenkova