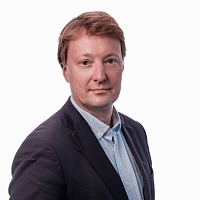 Timofei Bordachev
Programme Director of the Valdai Discussion Club; Academic Supervisor of the Center for Comprehensive European and International Studies at the National Research University Higher School of Economics (HSE)

This programme continues the Club’s flagship project to intensify the academic and public discussion of problems related to the development of international cooperation in Greater Eurasia in relation to important issues for Russian foreign policy and international relations, such as the transformation of the strategic culture of countries and regions in connection with the processes of “political globalisation”, the emergence of new forms of international governance in the context of the growing democratization of world politics, the formation of new prerequisites for the future global order and the foreign policy behaviour of states. The focus of attention and published materials are as follows: new trends and factors affecting multilateral cooperation in Asia and Eurasia, the influence of the region on the transformation of global geopolitics, the democratisation of international life and the transformation of the strategic culture and foreign policy of Russia, China, the United States, Europe, India, and other significant countries.