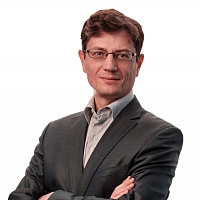 The world economy is approaching a critical juncture, with calls for reforming global economic architecture becoming more and more vocal. At the same time, against the backdrop of the lingering COVID-19 pandemic new approaches and economic policy tools are becoming prevalent. The “green agenda” in particular is likely to become a systemic feature of the economic policy tool-kit at the national, regional and corporate levels. Within the framework of this programme, such issues as the impact of the largest multinationals on the evolution of the global governance system and the development of “human capital” will be investigated, as well as competition for highly qualified specialists in the international arena, and the impact on capital flows and technologies between countries.

The programme will also explore ways of overcoming the current barriers to development, such as rampant protectionism and lack of cooperation on key economic global challenges, including energy security.

This programme continues the Global Corporations and the World Economy Programme.

Expert opinions
Expert Opinions
What to Expect From the Expansion in SCO Membership?
the SCO is witnessing increasing interest from the developing nations and one of the near-term issues concerns the possible expansion in the organization’s membership in the coming years as well as the possible creation of SCO development institutions. Valdai Club Programme Director Yaroslav Lissovolik writes on the SCO﻿﻿’s transition of the SCO towards a more economy-focused organization.
Yaroslav Lissovolik
Expert Opinions
The dimensions of BRICS geography
Harnessing continental distance for the developing economies may be the single most important mission for BRICS and the New Development Bank (NDB) in the coming decades. The BRICS+ framework offers a platform to scale up investment cooperation through bringing on board the regional development institutions in which BRICS countries are members.
Yaroslav Lissovolik
Expert Opinions
BRICS New Development Bank: A Second Bretton Woods or a New Trend with its Own Future?
The main institutions of the Bretton Woods system, which have existed since the Second World War, are rapidly losing their economic weight. At this time, key actors in the developing world are coming to the fore, calling into question the out-dated rules of the game, including the hegemony of the West. Instead of destroying the legacy of the last century, they offer an alternative economic system where each player is able to influence important decisions at the international level.
Maksim Chirkov, Alisa Kazelko
Expert Opinions
Towards a Free Trade Area for the Global South
The expanded format of the BRICS+ dialogue conducted by China in June 2022 as well as the rising number of large developing economies expressing willingness to join the BRICS core grouping sets the scene for more ambitious steps directed at strengthening South-South economic cooperation.
Yaroslav Lissovolik
Expert Opinions
Russia-ASEAN: Limits and Opportunities of Economic Partnership
Are there any real grounds that amid the new geo-economic and geopolitical conditions, Russia and the ASEAN countries will be able to build up economic cooperation, and perhaps even elevate it to a qualitatively new level?
Ekaterina Koldunova
Expert Opinions
BRICS Political and Geopolitical Challenges: A View from the South
The recent XIV virtual summit of the BRICS, hosted and chaired by China, has fostered a revitalisation of the group. It is occurring within the framework of a complex and uncertain transition and reconfiguration of the international system.
Andrés Serbin
Expert Opinions
Labour Staging a Comeback
In the past several decades the world economy experienced a sizeable rise in the share of profits/capital in national income compared to the share of wages/labour. These trends were driven by a lower role played by trade unions, by rising market concentration as well as trends in IT and technical advancements in production.
Yaroslav Lissovolik
Expert Opinions
Transforming the Global Economy: A Key Role for the IFIs
A globalization process that is based on integration and cooperation among regional blocs may harbour the advantage of being more sustainable and inclusive compared to the paradigm of the preceding decades, writes Valdai Club Programme Director Yaroslav Lissovolik.
Yaroslav Lissovolik
Expert Opinions
The Year of ASEAN Centrality
Given its neutrality and mediation capabilities ASEAN could lead the creation of a global platform for regional integration arrangements – something that it could pursue on the basis of an R20 (regional 20) format within the G20, writes Valdai Club Programme Director Yaroslav Lissovolik.
Yaroslav Lissovolik
Expert Opinions
Reforming the Bretton Woods System: The Main Ways
In 1944, the Bretton Woods System was de facto created by two states (the United States and Britain), which at that time had the authority and resources to impose their will on four dozen states that were guided by them during the world war. Today there is no state or group of countries on the planet capable of imposing its will on the entire world community. A new or radically reformed Bretton Woods, of course, should take into account the opinion of all the states of the planet, regardless of their size. The solution of such a problem through negotiations will last for many years, while the likelihood of success will be minimal, writes Valdai Club expert Stanislav Tkachenko.
Stanislav Tkachenko
Load more articles
Reports
Reports
Green Investments From Sovereign Wealth Funds: The Case of Russia
Following up on the Valdai Club’s cooperation with Istituto Affari Internazionali as part of T20 Italy 2021, the Club’s Programme Director Yaroslav Lissovolik has contributed to IAI’s study dedicated to the role of central banks in addressing climate change.
Yaroslav Lissovolik
Valdai Papers
Valdai Papers
№118
BRICS+: The Global South Responds To New Challenges (in the Context of China’s BRICS Chairmanship)
Topping the agenda of the 2017 BRICS Summit was Chinese President Xi Jinping’s newly introduced concept of BRICS+ aimed at expanding partnerships within the group of emerging markets and establishing South-South cooperation.
﻿
Ekaterina Arapova, Yaroslav Lissovolik