The World’s Nuclear Weapons in 2019

Despite an overall decrease in the number of nuclear warheads, all nuclear weapon-possessing states continue to modernize their nuclear arsenals, reads the SIPRI Yearbook 2019, which assesses the current state of armaments, disarmament and international security.

At the start of 2019, nine states—the United States, Russia, the United Kingdom, France, China, India, Pakistan, Israel and the Democratic People’s Republic of Korea (North Korea)—possessed approximately 13,865 nuclear weapons. This marked a decrease from the approximately 14,465 nuclear weapons that SIPRI estimated these states possessed at the beginning of 2018. Of these 13,865 nuclear weapons, 3,750 are deployed with operational forces and nearly 2,000 of these are kept in a state of high operational alert. The decrease in the overall number of nuclear weapons in the world is due mainly to Russia and the USA—which together still account for over 90 per cent of all nuclear weapons. The Treaty on Measures for the Further Reduction and Limitation of Strategic Offensive Arms (New START) will expire in 2021.

This infographic was prepared for the 3rd Russia-Iran Dialogue.

More about the event 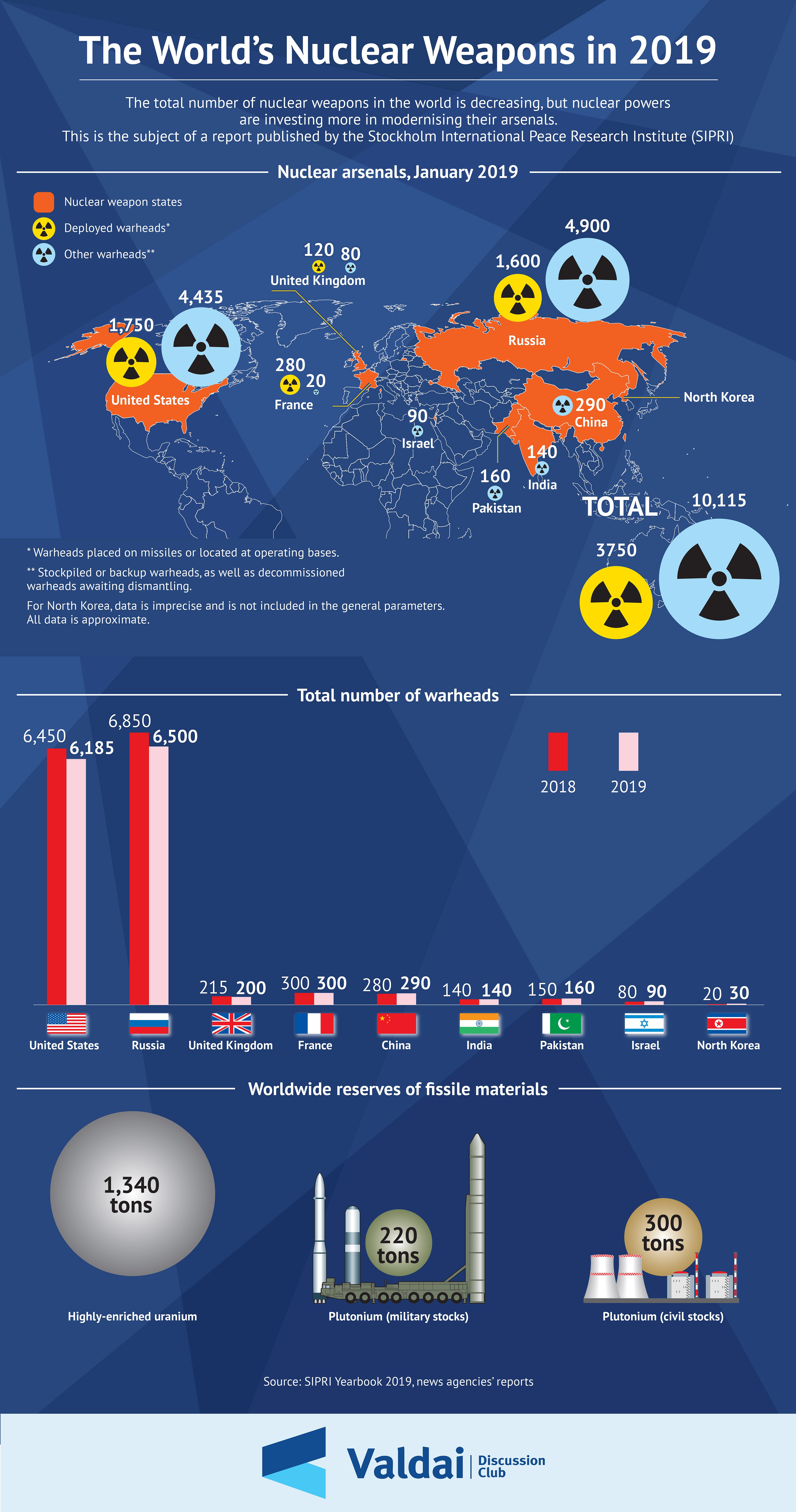