Metalloinvest is a global leader in merchant hot briquetted iron (HBI) production, a major producer and supplier of iron ore and steel products and one of the regional producers of high-quality steel.

The Company has the world’s second-largest measured iron ore reserve base in the world with approximately 14.2 billion tonnes on a JORC-equivalent basis. This equates to a mine life of around 150 years at current mining levels. Metalloinvest is the world’s third-largest pellet producer and a regional leader in production of niche grades of high-quality rolled steel. OEMK and Ural Steel together produce more than 2,000 grades of steel.

Founded in 1990, Alfa-Bank is one of largest private banks in Russia, which offers a wide range of products and operates in all sectors of the financial market, including interbank, corporate and retail lending, deposits, payment and account services, foreign exchange operations, cash handling services, investment banking, and trade finance, as well as other ancillary services to corporate and retail customers. Under International Accounting Standards (IAS), on July 1, 2016, the assets of Alfa Banking Group — which comprises Alfa-Bank as well as subsidiary banks and financial companies — totaled $33.3 bln, total equity was $4.6 bln and loan portfolio totaled $22 bln, with net profit for the first half of 2016 of $161 mln. By July 1, 2016, Alfa-Bank serves over 277 000 corporate customers and 14 mln individuals. Alfa-Bank has 723 offices and branches in Russia and abroad, including a subsidiary bank in the Netherlands, as well as financial subsidiaries in the United Kingdom and Cyprus.

Alfa-Bank is an official European bank of the 2018 FIFA World Cup and the 2017 FIFA Confederations Cup.

Alfa-Bank has a long history of placing a strong emphasis on philanthropic work, Russian culture’s development, the support to our gifted youth and those who need special protection and care. Thus, for over ten years, Alfa-Bank has been supporting Life Line Charity Fund, the main purpose of which is to treat children suffering from severe diseases. In 2013 Alfa-Bank as a part of Alfa Group Consortium together with the Russian Academy of Medical Sciences launched a new charitable program to support pediatric endocrinology in Russia, donating US $100 mln to support a health care promotion program for Russian children called “Alfa-Endo”. For more than 20 years Alfa-Bank has been carrying out the scholarship program “Alfa Chance”, which provides gifted students from across the country with individual scholarships. Since the moment it was established, the Bank has been known for its support to large-scale cultural events. World-famed musicians Ray Charles, Elton John, Tina Turner, Brian Adams, Eric Clapton, Sting, Robbie Williams, Whitney Houston, Paul McCartney, Mark Knopfler and many others visited Russia with Alfa-Bank’s financial support. In 2011 the Bank organized a 4D show of internationally acknowledged David Atkins on Moscow’s Vorobyovy Hills visited by over 800 000 spectators. In addition, Alfa-Bank is the organizer of the annual modern music and technology festival AlfaFuturePeople, which is a world-scale event held near Nizhniy Novgorod. Alfa-Bank is one of the founders of the National Literary Award “Big Book”. It also has a number of projects with World Wide Fund for Nature (WWF) and Russian Chess Association. Together with the Ministry of Culture of Russia Alfa-Bank renovated Russian Pavilion in Venice and for about 8 years has been maintaining the building.

VTB Group is a leading Russian financial group offering a wide range of financial and banking services and products in Russia, the CIS, and select countries of Europe, North America, Asia, and Africa.

VTB Group has the most extensive international network of any Russian bank, with more than 30 banks and financial companies in more than 20 countries. The Group operates in Russia through the parent company VTB Bank and its subsidiary financial organisations offer insurance, leasing, factoring, and other financial services, as well as services on the stock market.

As of 30 September 2016, the Group was the second largest financial group in Russia by assets (RUB 12.4 trillion) and by customer accounts (RUB 8 trillion).

The Government of the Russian Federation is VTB Group’s main shareholder and owns 60.9% of the voting shares through the Federal Property Management Agency and the Ministry of Finance. 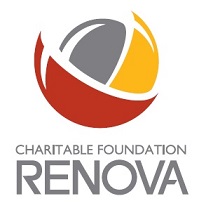 The corporate charity fund Renova was founded in 2007 for the purpose of implementing the policy of corporate charity and social investments of the Renova Group in the priority areas of the national development agenda in science, education, culture and arts, development of civil society and local self-governance institutions, environmental protection and sustainable development.

ROSCONGRESS FOUNDATION is a major organizer of convention and exhibition events.

The Roscongress Foundation was founded in 2007 with the aim of helping to develop Russia’s economic potential and strengthen the country’s image by organizing congresses and exhibitions with an economic and social focus. The Foundation develops the substantive content for these events, and provides companies with advice, information, and expert guidance, as well as offering comprehensive evaluation, analysis, and coverage of the Russian and global economic agenda.

Today, its annual agenda includes events held in locations ranging from Montevideo to Vladivostok, which bring together global business leaders, experts, the media, and government officials to create favourable conditions for dialogue and the promotion of new ideas and projects, and to assist in the creation of social enterprises and charity projects. 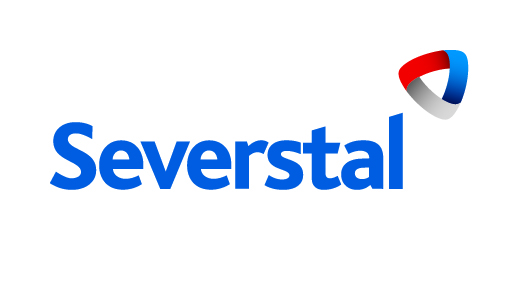 PАО Severstal is one of the world’s leading vertically-integrated steel and steel related mining companies, with assets in Russia, Latvia and Poland. Severstal is listed on RTS and MICEX and the company’s GDRs are traded on the LSE. Severstal reported revenue of $7,848 million and EBITDA of $2,577 million in 2017. Severstal’s crude steel production in 2017 reached 11.7 million tonnes.