War and Security in 21st Century
Reports
Report: What Makes Great Power War Possible
Michael Kofman , Andrey Sushentsov
© Associated Press
WHAT MAKES WAR POSSIBLE_Eng
pdf 3.72 MB
Until recently the international security environment had come to reflect a relative calm among major powers. However, in the past two years, there have been tectonic changes in the international system. New features of conflict begin to arise. As military technology continues to evolve, the international system has once again begun to accommodate use of force by a growing diversity of actors – including major military powers against each other.

In the prevailing environment, the technological sophistication of military power has continued to increase while the thresholds for use of force among states have visibly declined. Besides that, numerous international competitors are seeing use of force as a solution to their challenges. In relations between Russia and NATO, China and Japan, Iran and Saudi Arabia, and most recently – Russia and Turkey – power plays unfold with unpredictable repercussions. 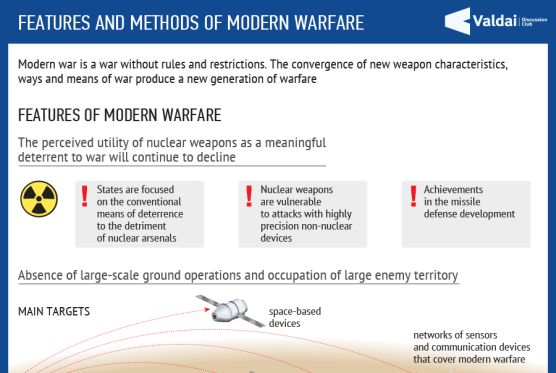 The world must once again concern itself with major inter-state, together with new military capabilities that have been developed largely in times of peace. The authors of the report speculate on possible scenarios and the consequences of a new war between great powers.

USA, Europe and Containment of China
The Crumbling of the World Order and Its Friends: Results of 2021